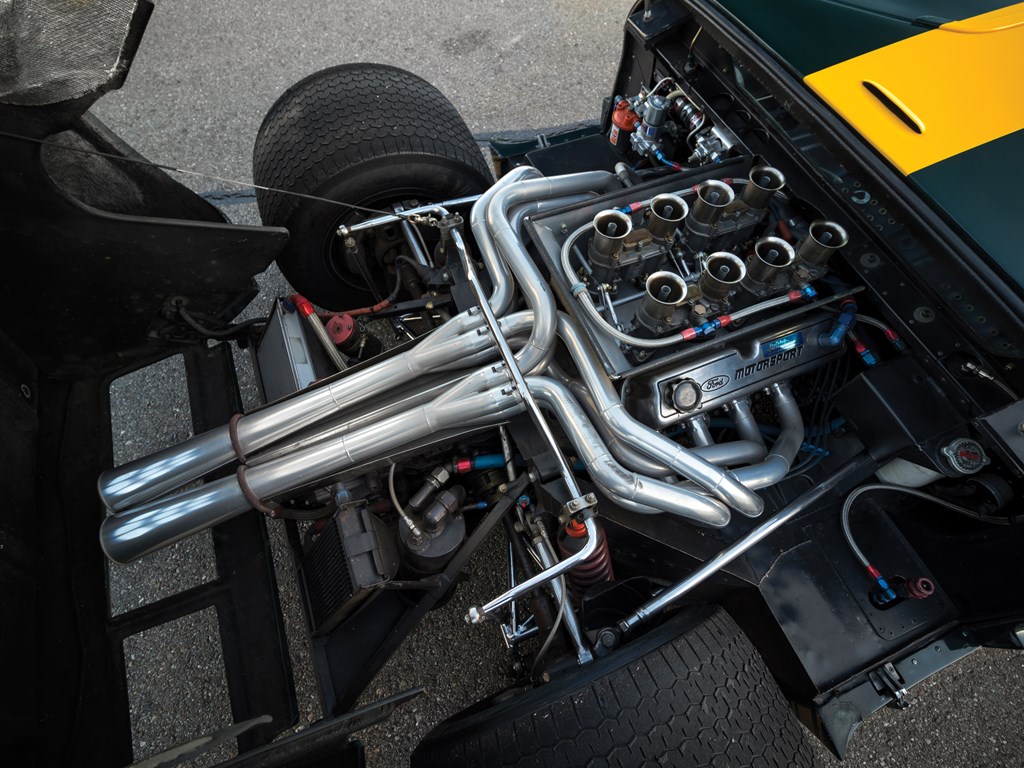 Backing out of an acquisition with Ford was perhaps the nail-in-the-coffin of Ferrari’s success at Le Mans, and the Ford GT40 hammered that coffin shut. Henry Ford II decided that if he could not buy Ferrari, he would beat them at their own game, and that is just what the GT40 did. Ferrari’s last win at Le Mans was in 1965 with its 250 LM and at that time, Ford was just beginning to gain steam with its GT program. By 1966, Ferrari’s Le Mans dynasty was at an end, and Ford would not only win, sweeping 1-2-3 in 1966, but GT40s would put America at the top of the podium at the Circuit de la Sarthe every year until 1969.

Only 31 Mk I examples were specifically built for use on the road. These examples featured similar mechanical specifications to their race-winning counterparts but were outfitted with a few more luxuries for comfortable use, including fully upholstered interiors. Mechanically, they utilized softer suspension settings, more compliant brakes, as well as a quieter exhaust. Regardless, these GT40s were still very much racing cars though intended for the open road. As a result, many of them wound up in the hands of privateers, looking to either take them racing, or get the closest possible experience to driving on a racetrack, albeit on public roads.

Chassis number P/1061 was completed in late 1966 and finished in Duguesclin Grey. Rather than being sold and delivered to a private owner, it was immediately sent to Ford’s own facilities in Dearborn, Michigan. Earmarked as one of 20 vehicles to be used for the Mk I Promotion and Disposal Program, it was one of just seven Mk I GT40s consigned to the Car Merchandising department for promotional use.

For this purpose, the GT40 received white racing stripes and roundels with the #5 to give it a more race-inspired look. At this time, it was also modified with twin-rear Mk II brake scoops. The GT40 took to the road and was used throughout 1967 in Ford’s Southeast Region Sales District, where it would be displayed at dealerships and auto shows, and used in demonstration laps at SCCA events. During this time, P/1061 was shown as far south as Florida and as far north as Virginia. At the end of its time on the display circuit, the GT40 was purchased by Bill Watkins Ford and refinished red before being sold to Harry T. Heinl of Toledo, Ohio. Under his ownership, the car unfortunately had an accident during a snowstorm and Heinl sold the GT40 to his mechanic, Ken Kloster, buying a replacement Mk I GT40 shortly thereafter.

Kloser repaired the car in 1969 and sold it not long after. The GT40 passed to Herb Wetanson in 1972 and then to Chris Long of Henley-on-Thames in the United Kingdom. It was then sold to Brice Spicer in Australia in 1974 and 10 years later was acquired by another Australian, noted racing driver Bib Stilwell, who was living in Phoenix, Arizona, at the time.

Stilwell had John Horsman, a key figure involved in the development of the GT40 and former Gulf-Wyer chief engineer and team manager, handle the car’s preparation for vintage racing, and it was rebuilt to similar specifications as the iconic Gulf Racing GT40s of 1969, though finished in dark green metallic with a yellow center stripe. It was later featured in the May 1984 issue of Australian Motor Racing.

Perhaps its most notable vintage racing victory was in September of 1989 at Watkins Glen for the 25th Anniversary Celebration of the GT40 with the SVRA. Piloted by Don Roberts against a multitude of other GT40s, Don Roberts and P/1061 finished first, even beating Sir Stirling Moss, who was driving a GT40 with a much more powerful 7-liter engine. In 1992, it was purchased by Jim Click and has been enthusiastically raced across the country during his tenure, proving to be an excellent competitor.

During Click’s ownership, the car’s current 302-cubic inch V-8 was bored out to 351 cubic inches, making an estimated 450 brake horsepower and built to appear visually similar to a 289-cubic inch engine. At the same time, the car’s shocks and uprights were rebuilt, along with its brake calipers. Prior to the Monterey Historics in 2015, the car was fitted with new brake and clutch master cylinders, and both fuel cells were replaced. Additionally, all the fuel lines and the fuel pump was replaced in 2010. Throughout Click’s ownership, the car had been maintained as necessary to make it safe and reliable on the track. Prior to the auction, all the cracks in the car’s fiberglass bodywork were repaired and the car has been fully repainted in its distinctive green and yellow livery. The car has only been raced three times following its engine rebuild and remains fully ready to return to the track.

Arguably the most successful and iconic American racing car ever built, the GT40 ushered in a new era of motorsport. At vintage racing events both in the United States and Europe, GT40s have proven to be immensely popular on the road and on the track. They are frequent sights at events such as the Monterey Historics, the Goodwood Festival of Speed, and the Tour Auto. For the vintage racer, one would be hard pressed to find a more eligible, exciting, and competitive automobile. On numerous occasions, chassis number P/1061 has found itself at the top of the podium and will surely find itself at the front of the pack in the future. A highlight of the Jim Click Ford Performance Collection for over two decades, it will surely be an exciting machine for its next enthusiast driver. 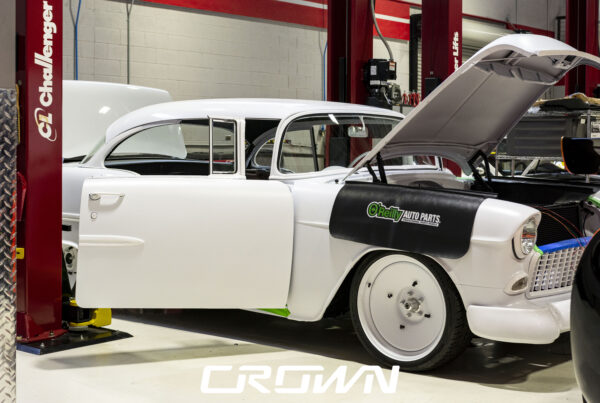 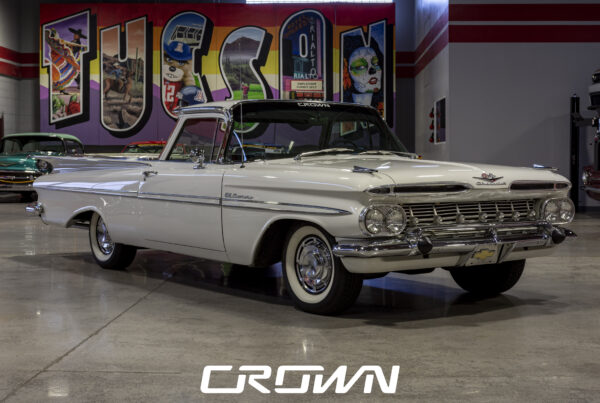 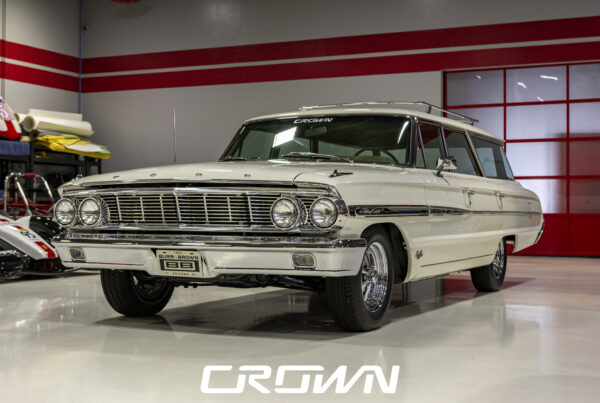